Short description:
The apartment is in an old modernist building in downtown Bucharest, the project was conceived before the Second World War, even though the construction was completed only in 1948.
Somewhere in the 80’s, the apartment suffered haphazard alterations (2 blocked doors, an awful veneering on the interior doors, some of the original finishes had been replaced with low quality ones).
Those, especially, made the apartment look stuffy and old fashioned in an unpleasant way.
In more recent times, the apartment had been uninhabited for almost ten years, which led to the degradation of some elements. For example, exterior carpentry could not be
reconditioned / repaired, although efforts have been made to do so.

The interventions were mostly repairs (the replacement of the exterior carpentry with one of layered wood, painted white as originals, the replacement of the parquet in a
few areas where it had been destroyed) and the „restoration”: the interior doors were again white. There have been consultations with neighbors, some of whom have been living in the building since the beginning) and only the veneered frames have been preserved, as a reminder of the 80’s intervention. We also changed those finishes that couldn’t be repaired (old cement floor in the main bathroom and kitchen, wall tiles in same).
Generally, have preserved as much as possible (such as distinctive poured cement floor, gray with black, in the hallways). We added some accent areas of strong colors (green niche to read, English red niche for work) and worked a lot on the lights. Bathroom and kitchen have been reorganized and refurbished, adapting the functional relationships to the modern lifestyle. 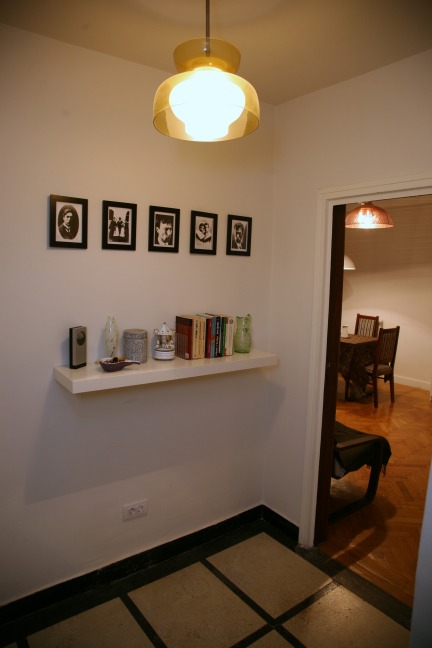 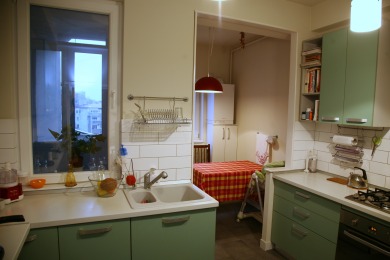 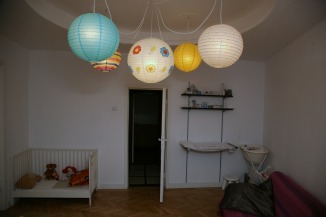 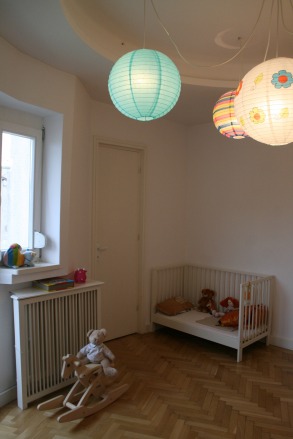 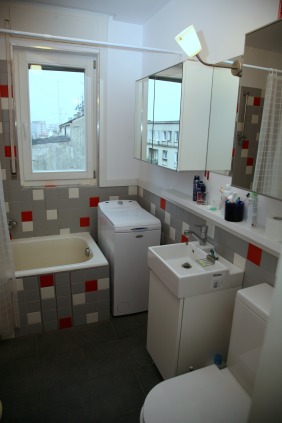